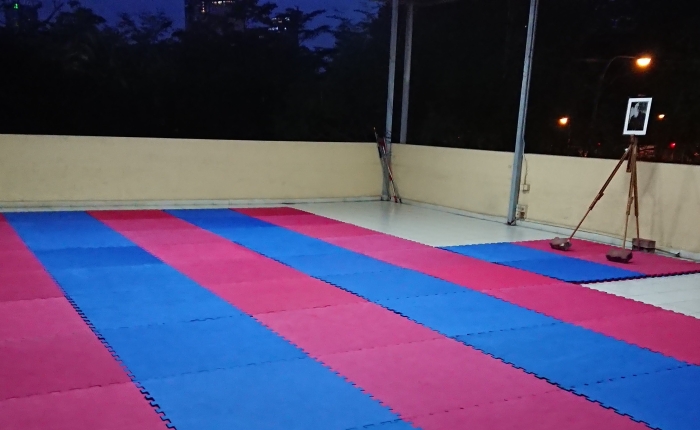 This is quite a common phenomena, students becoming teachers. It happens everywhere, and it is most likely a good thing.

So why is this an issue then?

It is when a student assumed the role of a teacher.

Harry sensei is a very nice teacher, and he love all his students. You will become a very competent Aikidoka under his tutelage, many people can vouch for that. You can get very senior, 3rd Dan, 4th Dan, and sometimes, part of the package is a huge ego, and Harry sensei isn’t the greatest in managing egos.

While Harry sensei is a very competent Aikido sensei,  he is not so great when it comes to administrative things, and without my sempai, Nasheer and James helping out in the day to day fee collection, administration, paperwork, it will be quite a challenge for Harry sensei to run the school properly.

Over the years, there has been many sempais that has done the administration for him. Some even went as far as thinking that they can run the school adminstratively, they can be an Aikido teacher, and seize control of the dojo, booting out Harry sensei out of the school he took over from. I won’t go into that dark murky details of Singapore Aikido history.

Like I said it, Harry sensei is very nice to everyone, so much so, some will take advantage of his kindness and starts instructing even in his presence. It is an ego thing, just because when some student got a Dan grade, that doesn’t mean you can teach. It sometimes does annoys me, when Harry sensei is walking the mat during class, like any sensei would in a dojo, there is another person in hakama doing the same. I know Harry sensei enough to understand when he does nothing to stop such behaviour, he is him, this will be his life problem, I cannot solve his life problem. By letting another of his senior student walk the mat during class like he does, creates confusion, and it will undermine his authority.

I can only be clear about one thing myself, there is only ONE Shoshin Aikikai Singapore sensei, Harry Ng. He did not and has never appointed assistant instructor(s), instructor(s) or allow anyone to instruct under his school, that is as far as I know. We are a small Aikido school, and Harry sensei is a hands-on kind of teacher. There is no confusion, we all learn from him, and him only.

Maybe there is something else I don’t know.

What matters is; I know I have only one Aikido sensei. Not anyone else, and nobody else.

It will be this way for as long as Harry sensei breaths and as long as I breath. That will not change even if he pass the baton of the school to another person, he will still be my sensei, period.

As students, we have to remember, while we become very competent in Aikido, that doesn’t mean we can teach. Get Harry sensei’s blessing, before teaching, and teach in a new Aikido premises, not in his dojo, not in his presence, he is still The Sensei, not me. There is a pecking order, and often Harry sensei don’t quite care about the pecking order, we must, as this is very much a how we conduct ourselves and respect our teachers, even when we become teachers.

Unless one decides to open a dojo without his knowledge, because there is the money to do so, then that will be another interesting story to tell altogether, wouldn’t it?