During my NS, there were some gnarly things we did, and when I saw this on the shelf of our local supermarket, it reminded me of some of the things we did during our National Service dealing with rodents.

There are plenty of rats in any decent military camps, food is good, free lodging. Most of the time, soldiers will usually leave the rats alone. Well, too bad this time around, since we were in the Guradroom, bore out of our wits. The mundane guard duty will get to us, and the Rats are getting to us too, as they decided to raid our food supplies.

Your dad has no idea how to catch rats, or deal with them. Your dad’s friend, Jerome, has a couple of idea up his sleeve. They were sinister. 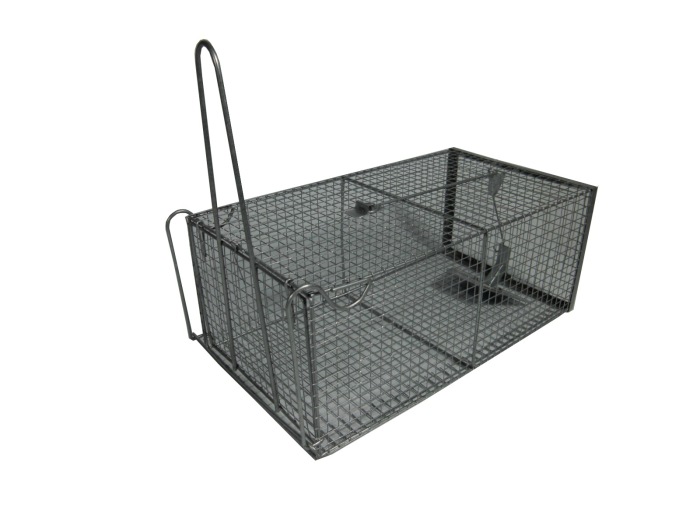 This is in my opinion, the best way to catch them, it works, like a charm, all the time. The only issue is, you will have a live, scurry rat to deal with in the cage. Oh, there are plenty of ways to deal with a caged, live scurry rat, so I learned from Jerome.

One way was to take the cage at both ends, shake and rattle it, HARD. The whole idea was to give the rat inside a concussion, stun it immobile, open the cage, take out the Rat, hold it by its long tail, and swing the rat, WHAP! Onto the ground, dead rat. This is by far, Jerome’s most ‘humane’ method.

The other way, by your dad’s deviousness, was drowning. With the rat in cage, you dunk it into a pail of water, completely submerge it, until, you know… die.

So I got this rat, and dunk it into the pail, you see the little fella trying to find air, but getting none, little bubbles coming out from it’s nose, as it struggles underwater. I’ll lift the cage up and then it can catch a little breath, then I dunk it again. I repeated this a couple of time, and was actually thinking of not killing the poor thing but, keeping it as a kind of pet.

All this was happening while I was on gate duty, a vehicle drove towards me, and I remembered my job, opened the gate for my camp’s officer, saluted, took down the plate number and time. I walked back to the guardroom and chatted with my friend, and suddenly, I remembered.

So I ran back to my rat in the water, but it was too late. Poor Mickey had drowned.

That is one messy way to get rid of a rat. We put this sticky gooey stuff on a cardboard, not unlike how we spread peanut butter on a bread, but this was much worse. Right in the middle, we put a small bait. then set it on the place our rat of a friend will patronise. They never failed to turn up.

So there was a day we catch a big one, stuck to the rat glue board, no where to go. The rodent must have exhausted itself trying to unstuck itself. There is no unstuck, once a rat is on a rat glue. Since it is not going anywhere, we went out to do our chores, and leave the thing there as it is.

Bee Bee, our yellow mongrel bitch, somehow got a wind of that little rodent on a gooey platter, decided to make a meal out of it. Of course with that rat stuck, it is not going to be any good, clean meal, and Bee Bee being a dog, will, well, trash, swing and bite that meal free? It did, and she wasn’t successful, and left behind a messed up room, a very dead rat (it was still alive when we left it). So lesson learned, no rat glue.

So there you have it, your dad’s  dastardly experience with rat in camp. It is not of the most pleasant experience but it is part and parcel of my life’s story, now they are yours!