I bumped into Steven and Kat a couple of days back, and we talked about some current affairs, and somehow the conversation drifted to the current state of Qatar, the small Arab country that is under a kind of siege from the bigger neighbours, such as Saudi Arabia. We agreed that Singapore cannot afford to be under any form of siege, even though, our tiny country is already surround by a water body, a fortress or a natural siege, you decide.

I mentioned to him about this book I read about Siege of Sarajevo, how neighbours turned on each other, just because one was Christian and the other was Muslim. I read in that book, that everything was so scarce, everything and anything that can be eaten, is eaten. The Siege was so protracted that when it was lifted, the children there didn’t believe that beef come from cows, they thought beef comes in a can. Sarajevo is also a lot like Singapore in many ways, they have a diverse culture, good mix of ethnicity and a modern infrastructure. The long story short of it was; it was a terrible time for the people in Sarajevo, and we need to learn from that lesson.

Bringing this topic up reminded Steven about the Racial Riots in 1964 and 1969 that Singapore went through. 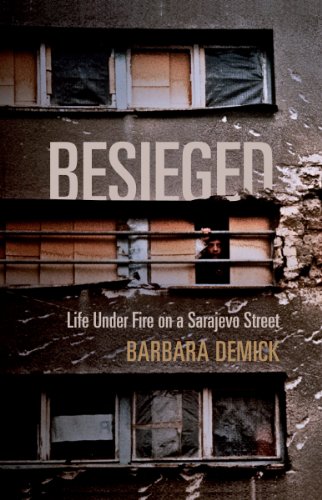 Steven saw action in the first racial riots, when he was only 13 years of age, he was part of a gang who fought the Malays; at that age, he was pulled into the melee and wasn’t old enough to make sense of the violence and fighting. When the second racial riots happened in 1969, he was eighteen and he was in the School Of Basic Military Training (SBMT), while every one was still in their uniforms, and were confined to camps, being only Recruits. But word spread and soon the camps were also filled with stories about the riots happening outside of camp.

In no time, the Malays in camp were targeted for beating.

Reflecting back to those days, he couldn’t understand the how the mob mentality can turn logic into tragic, and lines were drawn in such a manner that when a Malay police officer arrests a Chinese man, and vice versa, all hell breaks loose.

It is difficult to really make sense of things, but when the time comes, every single one of us must be really brave and upright to see the right of things, above and beyond the colours and race, to do the right thing. Even then, it might not be enough, when the massive societal upheaval happens, we will all be collectively swept under its waves of violence and fighting. While we have peace and stability, we must continue to uphold this peace, so that none of those small cracks happen, and when left unchecked, we will spirally down a slippery slope of darkness and uncertainty. I do not want to see that happen.

Thankfully, we didn’t have to live through those dark days. Being your dad, I always think of the lessons to learn, learn them quickly so that we never make the mistakes others have made and those I read about from the book. Of course the folks living in Sarajevo back then had it tougher, their enemies rained artillery shells on them all the time, Sniper Alley was a term coined in that dark days. They have no water, electricity or heat.

So we really need to take our pledge seriously, and look at Singaporeans as Singaporeans, above and beyond colour and race. It is a dicey affair, which is why I am glad our Government has a very firm hand in anyone who is willing to threaten that.

Being racially harmonious isn’t a government thing, day to day, we need to understand the kind of cultural gaps we have between races, and respect those gaps. We must be united at the ground level to fight ignorance, with good, honest, healthy communication. I call my Malay neighbour ‘Bro’ and Ian you asked me why, to which I replied “He is my brother from another mother.”

That is true because in this little island, we cannot have differences that tears us at the seams of our societal fabric. We are all here, and right outside, there is water, there is really no one else out there to save us, if we are not going to look above our differences and save ourselves.