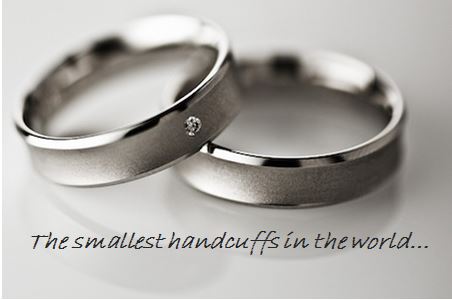 There are many, many rules out there for marriage. The wife will say ” What’s mine is mine, and what’s his is mine.”

You can check out the web and find more of these nonsense rules for a good laugh.

For your dad, there is one golden rule when it comes to marriage.

“You don’t have to understand the decision, you just have to respect it.”

You see, everyone has their idiosyncrasies, and your mum has hers, I have mine too. There is no possible way for everyone to come to terms in a logical and coherent manner about every single, little, itsy, bitsy teeny, weeny decision our spouse make. Couples can bitch, fight, quarrel over why, your spouse is afraid of cats, why you want to turn on the fan and blow it at the wet laundry. There are many, countless ridiculous decisions, often based on outdated bias or superstition. As long as they are not too extreme, like for example, if your spouse support the Nazi and wants to paint a huge Swastika in the living room, get out of there, that is one decision by a crazy deranged person.

Point is, there are many small little trivia we can quarrel over, and we took such a long time, and committed so much energy, only to break it up over your spouse who do not cap the toothpaste every single night after use?

The origin of my marriage policy probably stems from some professional dogma I learned somewhere, mostly likely from the military. You see, as a professional in any field, you can voice your opinion, have your grievances heard, says that the plan suck, oppose it, but when it comes down to execution, and you have to run it, you have to run it like you own it, irrespective that moments ago, you were opposing it like mad.

We often do not see the bigger picture, on why things have to be done the way it was done. We may question, bicker, bitch, complain about it, but when action is needed, all talk has to stop. It is not productive, nor constructive to continue the bickering while you are acting on the thing you are bickering about, it is bad vibes, it is bad attitude.

So learn to accommodate to your spouse, as you both have already gone through the dating stage and hopefully as boyfriend and girlfriend, you both would have ironed out most of your individual quirks and funny little things. When your word to each other, for better or for worse, and more often than not, you’ll have to deal with the worse, remember this:

“You don’t have to understand the decision, you just have to respect it.”