theaikidad in Being a Dad, Everything else in between November 2, 2016 575 Words 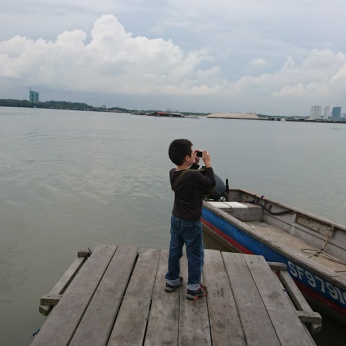 We had the privilege of using your Ah Ku’s car since they are overseas for the holidays, and we headed towards the west. First to check out SPCA’s new abode, and we serendipitously wander to one of the least traveled backyards of Singapore.

It wasn’t really in our plan to go there, after our brief visit to SPCA, your mum suggested that we go to Jalan Bahtera MOE adventure camp which Ian went last year. It was a hard to get to place and since we have the car, we decided to drive in to have a look at the place. It was a quick drive in with nothing much to see, so after that drive, we turn and head back for the road.

Well, we are not done.

Since we have the car, we should go check out Lim Chu Kang Jetty, since we, living at Punggol, has our own Punggol Jetty, at the end of Punggol Road.

But this jetty is a whole piece of work on its own. Firstly, it is not a concrete jetty, it is all makeshift wooden planks, tied to wooden pikes driven into the sea bed. Very retro, and very nostalgic. You boys had a great time running up and down, despite of my repeated warning not to. In fact, 弟弟 felled, stepping on the slippery mud on the Jetty floor.

I wanted to bring you boys there just for the experience, but something else happened. We noticed people sitting at the jetty picking off mussels. I was very well intended to be just a spectator, but it didn’t end up that way. We chatted up a bunch for cordial Malay guys and they were deep down and dirty, with mud up to their elbows, happily pulling out mussels from the sea, while the tide recede.

Your mum asked them about these mussels and how to cook them, one of them gamely passed us a bunch and we couldn’t say no. We took a bunch and since it looked so easy to get them, I joined in, and so did the both of you boys. Well as usual, it was the dad doing the work, while the sons played and pretended to do the work. Both of you got sticks and started poking and prodding into the soft sea mud, much to your glee and joy. 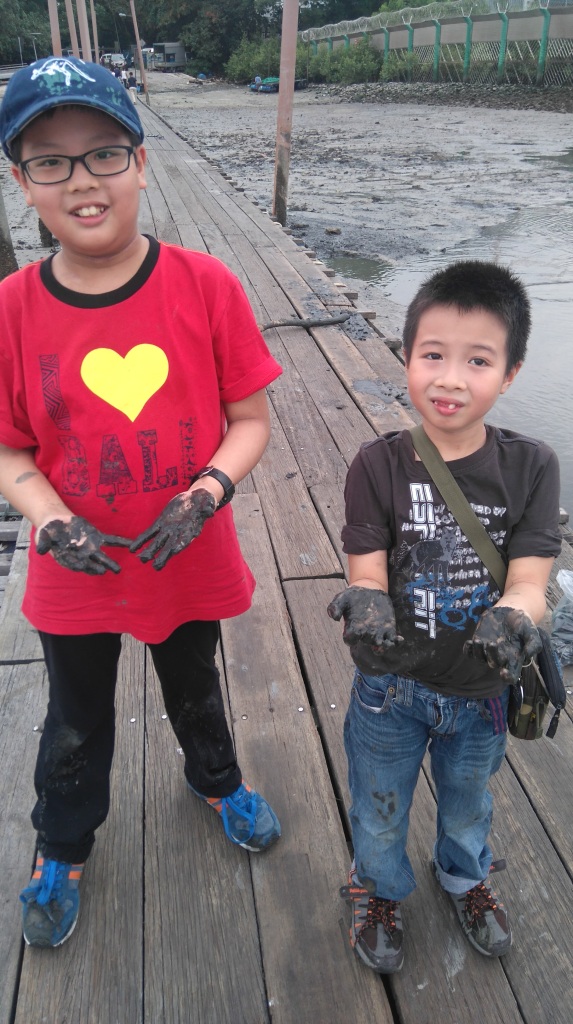 Using hands despite of having sticks, it seems like boys will indeed be boys, with mud being your best friend. In no time, both of you have mud, on your body, shoes and of course both hands. You boys looked as if you did all the work, when all the both of you did was play. 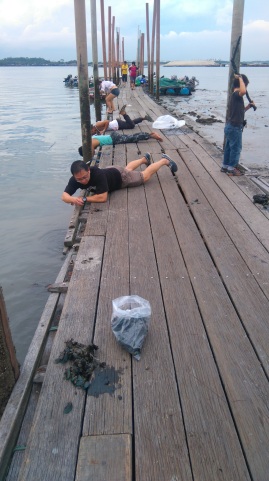 This is lesson learnt, and there is no better place to learn it than the great outdoors, while we do not have magnificent forests like Malaysia, nor beautiful pristine beaches like Maldives, we are still living on the same planet and very much connected to mother nature. this kind of life experiences and skills beats any mobile app, or smart phone games hands down. The virtual cannot fill your tummies, knowing how to go to these places, and pluck food from the wild, is a lesson I hope both of you remember, so that you can fill your tummies in ways only Mother Nature knows how. 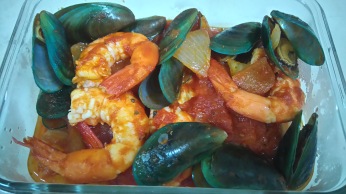 theaikidad Aikido, Parenting and everything in between.
Published November 2, 2016