Tips from a Taxi Driver 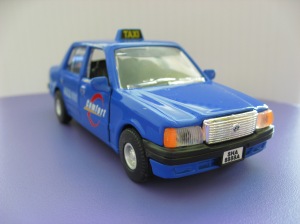 Taxi rides can be some of the most interesting life lessons you can learn. Some of the Taxi Drivers are a chatty lot and they are most willing to catch up with you on what their life has been, their grapevines, nuggets of their taxi story.

We took a cab home one night after visiting your Uncle U-Wei for Chinese New Year and we had to hail a cab home. We got a cab and I took the ‘shotgun’ seat next to the driver and the three  of you (mum included) climbed into the backseat.

Conversations in Taxi are usually serendipitous, it is not all the time you get to chat them up, some Taxi Uncles are not chatty by nature, so you’ll play by ears, sometimes you are too tired, and don’t want to strike up a conversation, the taxi uncle will sense that and leave you alone. But my chat with this taxi uncle was good.

He has been driving long since his 2 daughters were born and based on what he said, that should be more than 20 years of driving experiences. I remembered that I just told you boys something about work; sometimes, you just have to be frugal and work, even when you are earning the lowest of income, you can still send your kids to university. Many taxi drivers and other hardworking ‘blue collar’ workers does exactly that, so work hard, spend little and you can raise a generation.

Anyway, he told me that both his kiddos has completed tertiary education and the youngest one has just recently gotten her Bachelor’s degree and will be going off to Japan with her friends on a 1 month free and easy. At that point, in my mind was going stereotypical, she must have used her parents’ hard-earned money to go and have her fun. That I was wrong, his youngest daughter has an entrepreneurial spirit and has been selling cosplay items and collectibles online, and she has been making a tidy sum, enough to self fund her $5000 trip to Japan. Not bad.

Both daughters are into cosplay, and the younger daughter even met her boyfriend in cosplay, and has been in a steady relationship for about 5 years now. Well, I’m not exactly a big fan of cosplay, but here I am sitting with a taxi driver dad, who has 2 daughters doing that! He was being pretty open about it, and said that the kids are grown up and there is nothing much he can do as a parent to influence them, they are independent and has their own thinking.

He also has his maths done. I asked him about the new car which comes with a higher rental (most gripes of taxi drivers), he said while the rental is more, it used to be $100, but the new cab is more fuel efficient. The same cab for a 400km trip, needs about 40liters worth of full tank, the new cab is about 32 liters, and not taking into consideration that it used to be $1 per liter and now it is at 70cents. So the new cab do help him save a bit.

He said that he prefers to pick passengers with short trip, rather than long trip. For his statistics, he prefers to pick more trips, short trips to longer trips. The fare increment for short trips gives him a better advantage over long trips. He would like to cover more short trips with fares about $5-$8 which will be over in about 5-10 minutes than to take a long cross island trip that cost $20-$30 which will take more time. He has his sums done up.

He also shared that lunch time crowds are better for short trips. There are office workers going from Shenton Way to Suntec City for lunch; four people will hail a cab instead of taking their own car, and for a far of $5-$8, splitting it between 4 people, helps them saves time and hassle of MRT trip.

Nightime, however, he will pick up more long trip passengers. who perhaps goes from one side of the island to another. Perhaps late night drinkers going from their watering hole at Clark Quay back to home at Pasir Ris?

Its nice to talk to him about his life in such candid manner, being a taxi driver is a tough life and I’m glad I, as his customer was able to let him have an easy drive

It was a nice experience talking to this Taxi Uncle and not only was my chemistry with him good, his road sense was impeccable. It is seldom come across a Taxi driver who knows where I stay down to the carpark. when I told him our address, he clarified it down to our block number and took us home, without me telling him much about how to get there.

It certainly made my day with such a pleasurable ride!

theaikidad Aikido, Parenting and everything in between.
Published March 23, 2016March 18, 2016